This Keyboard Maestro macro library provides a way to “snooze” messages until later. Snoozed messages will be moved into a specified folder and then restored to the Inbox at a later time. (Similar to “Sanebox” or deferring messages in Google Inbox.) This gives you a quick trip to “Inbox Zero” without having to deal with every single message all at once. This requires some setup including separate macros for each snoozed mailbox, but the example macros should get you started. The download also includes a read-me file with setup instructions including screenshots. Download: Snooze Mail Messages.zip

The one trigger Keyboard Maestro doesn’t have is one that will execute a macro from the Finder. This is a quickie script I created that will take any selected Keyboard Maestro macros and drop an Applescript applet on your desktop to fire those macros off.

Fans of macro recursion might enjoy creating a macro to run this script and then use that macro to create an applet to create more applets.

Keyboard Maestro doesn’t have an easy way to try macros from within the macro browser window. The only way to test one is to edit, select all the steps, and click the “try” button.

This Applescript simply executes one or more selected macros. If any of the macros are disabled (including if they’re in groups that aren’t enabled due to conditions), they will fail to run.

You can turn this into a Keyboard Maestro macro for hotkey access.

This is an action for LaunchBar that provides an interface to Brett Terpstra’s “Cheaters.”

This just opens your Cheaters HTML files in a web pop-up. You can also pass a string to the action which will open up the cheater that matches the string/substring (e.g. pass the string “css” to open the CSS cheater). Otherwise it just defaults to the first item.

Learn more about Cheaters at: https://github.com/ttscoff/cheaters

A "Hyper" key with Keyboard Maestro

A "Hyper" key with Keyboard Maestro

Wouldn’t it be nice if you had one modifier key for all your macros?

Brett Terpstra and Steve Losh have extolled the benefits of using the caps-lock key as “hyper key” to trigger macros. I’ve attempted to implement it, but the need to run two separate hacks (even before running macros!) has scared me away from doing it myself.

What these macros do is use the “device trigger” to identify the caps-lock keypress. It then runs an AppleScript to hold the keys down. When the caps lock key is released, so are the modifier keys.

There are three minor “gotchas” with this method:

1. Since this is a device key trigger, you’ll need to edit the macros and add a separate device trigger for each keyboard you use.

2. If the macro gets interrupted somehow, you can end up with the modifier keys being stuck down. To work around this unlikely event, the hyper-up command is available in the Keyboard Maestro status menu.

3. There is sometimes a small lag between pressing caps lock and the modifiers being “pressed.” 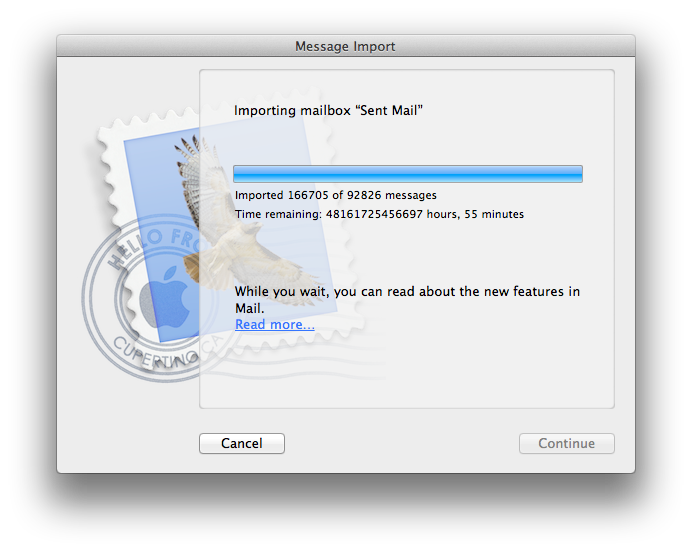 Get the same keyboard control over Google Music that you’re accustomed to with iTunes!

This is a set of Keyboard Maestro macros that will give you the ability to play, pause, and skip tracks in Google Music. Macros are provided for Google Music running in Safari, Google Chrome, and in a site-specific browser made with Fluid.

In order for the Fluid macros to work, the SSB must be named “Google Music,” or the macro will need to be edited.

I was going to rant about Google Reader being killed and about how Dave Winer’s post was nothing more than anti-Google screed. Then I realized it didn’t matter.

What I have used is a cavalcade of great RSS readers: NetNewsWire, Reeder, Press, Justreader, NetVibes, Byline, and at least a dozen others. Each of these offered a better experience, worked with other services I rely on, like Instapaper, Evernote or Pinboard, and often had other nifty capabilities, like offline reading.

What all these readers had in common was that they synchronized feeds with Google Reader. None of them had to, but it let me keep all my feeds in sync across multiple devices, which was key. (An added bonus was that it made it easy for me to try out all these different RSS readers – not that an OPML export/import is really a killer.)

As it happens, I’ve found myself using an excellent RSS reader, Feedly, on my desktop, and on my tablet, and on my phone. It can be Flipboard-pretty or Google Reader-functional, and I just like how it works. It syncs, too. I thought the sync was all managed with Google Reader, but as it turns out, Feedly has its own sync engine and just kept that in lockstep with Google.

(In fact, Feedly’s giving other developers access to their syncing database with a clone of the Google Reader API so third party apps can keep rolling along without interruption. Clearly Feedly’s home to a lovely group of people.)

So it turns out I won’t actually miss Google Reader at all. Somehow that’s even more disappointing to me than its death.

Awesome Scripts to Clean Up Files by Date

Awesome Scripts to Clean Up Files by Date

Contains everything you need to keep your photos, downloads, or whatever else nicely grouped up by day. Includes both a script to run on selected files as well as a Folder Action Script to have it automatically file away every file added to a folder.

If you have exiftool installed, it will even group up your photos and videos based on when the picture was taken, rather than the file’s creation date.

Save Dropbox Files to Evernote

Save Dropbox Files to Evernote

Create a folder called “Save to Evernote” in your Dropbox folder, run this script, and it will put each file into its own note. Very handy for adding files to Evernote from remote computers or third party services, scanners and so on.